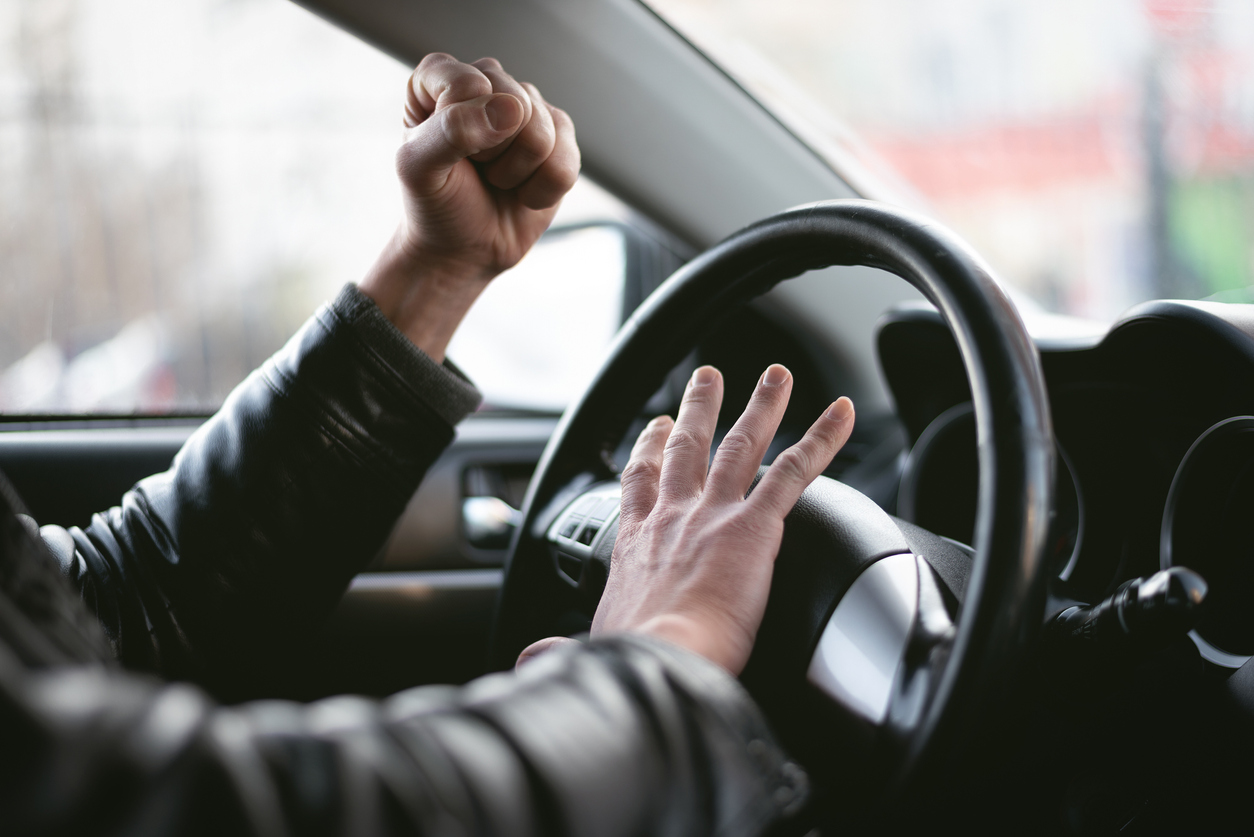 Outside of home and work, more time is spent in our automobiles than any other location. Much of this time is spent in traffic on crowded roadways. Crowding causes aggression. There are more cars on the road today than ever before. Many of our roads and highways were designed and built in the middle of the 20th century—a time when the U.S. population was half of what it is today. Crowded conditions, stressful lives, and untreated mental health issues are a recipe for aggressive driving, which is at an all-time high in the U.S. according to AAA.

Within the United States, road r is most common among men between 19 and 39, and in the Northeast. Aggressive driving is like cyber-aggression on social media: the perpetrators do not see a “real person” as the victim, but rather an object that created a perceived injustice. The aggressive driver’s goal is to right a perceived wrong, such as a traffic infraction, being cut off, or having to follow someone who is driving at or below the posted speed limit.

One recent incident in Pennsylvania involved a couple with a child in the car who was cut off in traffic. The young couple followed the offending driver to a red light where they got out of their car to confront the driver about cutting them off. After a brief altercation, the couple turned to get back in their car. The driver they accused of cutting them off pulled out a gun and shot the woman in the wrist.

Another incident in Pennsylvania occurred at a crowded shopping center on Black Friday. A driver accused a holiday shopper of stealing his parking space. The angry driver pulled out a knife and slashed the victim’s tire. The victim of the tire damage flagged down a passing police car and the driver was pulled over and arrested.

To expand on this last point, use mobility to your advantage. If you see an aggressive driver getting out of his vehicle at a red light to confront you about an incident, no matter who was at fault, the best thing you can do is drive away. Therefore, it is important to maintain an exit. When approaching an intersection, you should (a) try to avoid the middle lane, and (b) stop far enough behind the car in front of you so that you can see its rear tires. This allows you room to maneuver and drive away. If the intersection is clear, drive through the red light. Just try to get away from the approaching angry driver. If there was no injury, property damage or accident, the best approach is to drive away.

Training in the Country

Years of experience and research within the private sector and the military have resulted in the most cutting-edge, research-driven service that the protection industry can deliver.
Contact Us Now